Lessons from Dolly the sheep: is a clone really born at age zero?

In 1997, biologists Keith Campbell and Ian Wilmut, among other colleagues, introduced Dolly the sheep to the world. It was not just any animal, but a clone. It had not been born from an egg fertilized with a sperm, but came from a mammary gland cell of another sheep that was no longer alive, a six-year-old Finn Dorset.

With it also came a scientific and social revolution.

Some renowned scientists were skeptical; it was too beautiful to be true. More animals, however, were cloned: first a lab rat, then cows, goats, pigs, horses, even dogs, ferrets and camels. By the early 2000s, the question was settled: Dolly was real and mammal cloning would be possible.

The consequences of this cloning of animals for our society were obvious from the start. Our ability to reprogram already specialized adult cells and restart them transformed into something new could one day be the secret to creating cells and organs compatible with the immune system of patients who need a piece replacement.

What didn't get much depth, however, was the fact that that clone had been born-with no days to live-a cell from another animal that was already six years old. For 20 years, researchers have been trying to unravel the mysteries of aging clones. From a biological standpoint, how old are these animals born from the cells of other adult animals? 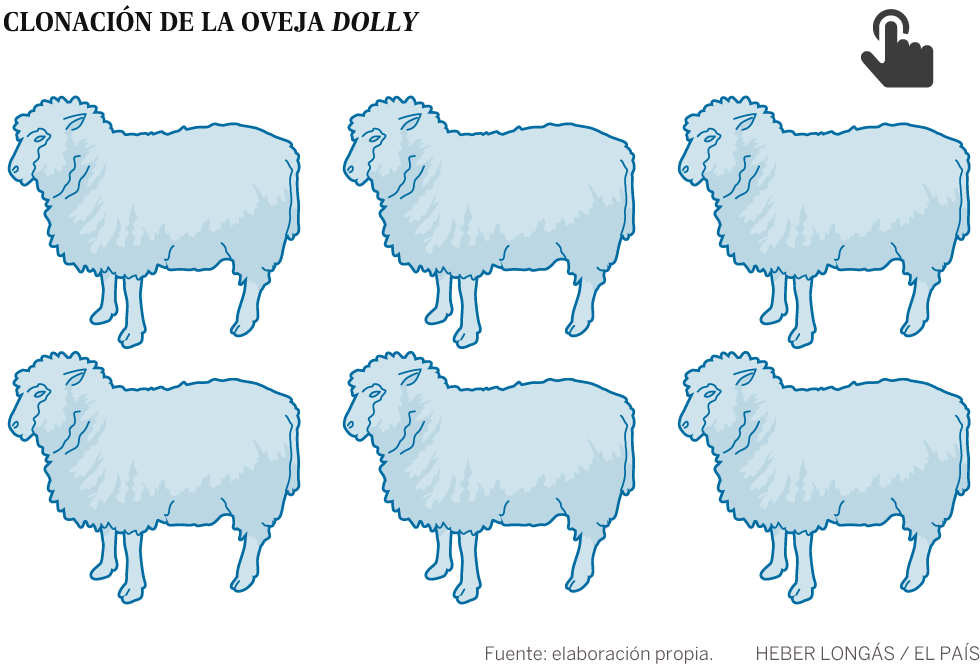 Dolly became an international celebrity, but she was not the first vertebrate being cloned from a cell extracted from the body of another animal. In 1962, developmental biology expert John Gurdon cloned an adult animal for the first time by extracting a cell from the gut of one frog and injecting it into the egg of another. Gurdon's work did not go unnoticed: more on that later in 2012,he shared the Nobel Prize in Physiology or Medicine. But who really caught our attention was Dolly. Was it because she was a warm-blooded animal, a mammal, much closer to the human being? If it was possible to do that with a sheep, it could also be done with us!

Along with Gurdon's frogs of 35 years earlier and all the experiments in between, Dolly caused our scientific studies to be redirected. It was astonishing to see a differentiated cell - an adult cell specializing in a concrete job - be transformed into an embryonic cell capable of developing into all the other cells in the body. The researchers werewondered whether it was possible to go further: would it be possible to obtain an undifferentiated adult cell again in the laboratory, without having to produce a cloned embryo?

A decade after Dolly's presentation, the team of researcher Shinya Yamanaka, who specialized in stem cells, did just that. He would later receive the Nobel along with Gurdon for demonstrating that mature cells could be reprogrammed to become pluripotent: cells capable of transforming into any specialized adult cell. 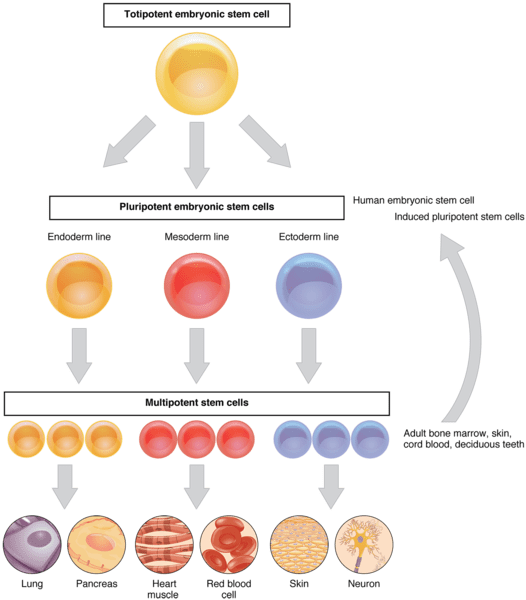 An adult cell can be transformed into an induced pluripotent stem cell, which in turn can transform into any type of specialized cell. (Image: OpenStax College / Wikipedia - Creative Commons Attribution 3.0 Unported)

Today we have the possibility of producing personalized replacement cells -in principle, of any type- to repair tissue damaged by injuries, genetic disorders and degeneration. And not just cells; it may soon be that we will be able to make our own organs develop into a non-human host, available to be transplanted when needed.

If Dolly was the trigger for events that will culminate in new methods to produce fully compatible cells and organs, her legacy will have been to improve the health of virtually every human being on the planet. And I remain convinced that better things are yet to come.

Dolly's secrets are still being revealed

In the winter of 2013, I found myself driving on the wrong side of the road through the fields of Nottingham. In stark contrast to the captivating landscape, I felt sad; I was going to visit the family of Keith Campbell, who had died suddenly a few weeks earlier. Keith was an intelligent, funny and caring friend, who, along with Ian Wilmut and other colleagues at the Roslin Institute, weWe met at a conference in the early 1990s, when we were novice scientists still probing the issue of cloning, Keith in the case of sheep and I of cows. With his extroverted manner, he soon dazzled me with his witty and modest humor and endless conversation, all topped off by a strongOur friendship, which began on that occasion, lasted until his death. 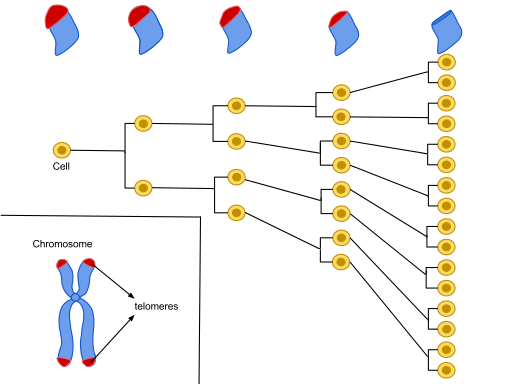 Telomeres are shortened with each cell division, limiting how many times a cell can copy itself.

In her cloning, Dolly was conceived using a cell from a six-year-old sheep. And Dolly died at the age of six and a half, an early death for a breed that lives at least nine years on average

When I rang the bell of his pleasant country house, my project was to stay there just a few minutes, convey my condolences to his wife, and then leave. Five hours and several Guinnesses later, I left feeling comforted. Keith had that effect on people, even if in this case it wasn't him directly, but his latest work, which spoke for him. And thatthanks to his wife, who very generously told me about the project that Keith was developing at the time of his death. I couldn't hide my excitement: how was it possible that, 20 years later, the most amazing aspect of Dolly's legacy had still not been revealed?

When cloned, Dolly was conceived using a cell from a six-year-old sheep. And Dolly died at the age of six and a half, an early death for a breed that lives at least nine years on average. People assumed that the clone of an adult began its life with an age disadvantage: instead of being a real "newborn," it seemed that the clone's internal age wasHence the idea that the biological age of clones and their chronological age were not synchronized and, therefore, that "cloned animals die young.

Some of us were convinced that if the cloning procedure was carried out correctly, the biological clock could be reset; and a newborn clone would then really start from scratch. We worked hard to demonstrate our point. We were not convinced by a single analysis of Dolly's DNA that made it clear that her telomeres (the repetitive sequence of DNAlocated at the end of chromosomes and which "counts" the number of times a cell divides) were a little shorter. We presented solid scientific evidence showing that all cloned cows showed the same molecular signs of aging as non-cloned cows, which foresaw the possibility of a normal life expectancy. Others demonstrated the same thing in miceBut we could not ignore the studies of other colleagues that exposed biological signals in cloned animals that were attributed to an incomplete resetting of the biological clock. Thus, the discussions had to continue.

Studies on aging are very difficult to do because there are only two items that really matter: the date of birth and the date of death. If you want to know how long an individual lives, you have to wait until they die naturally. What I didn't realize is that this is exactly what Keith was doing in 2012.

That Saturday afternoon I spent at his home in Nottingham, I saw a photograph of the animals from Keith's latest study: several cloned Dolly, all much older than Dolly herself when she died, and looking great. I was impressed. 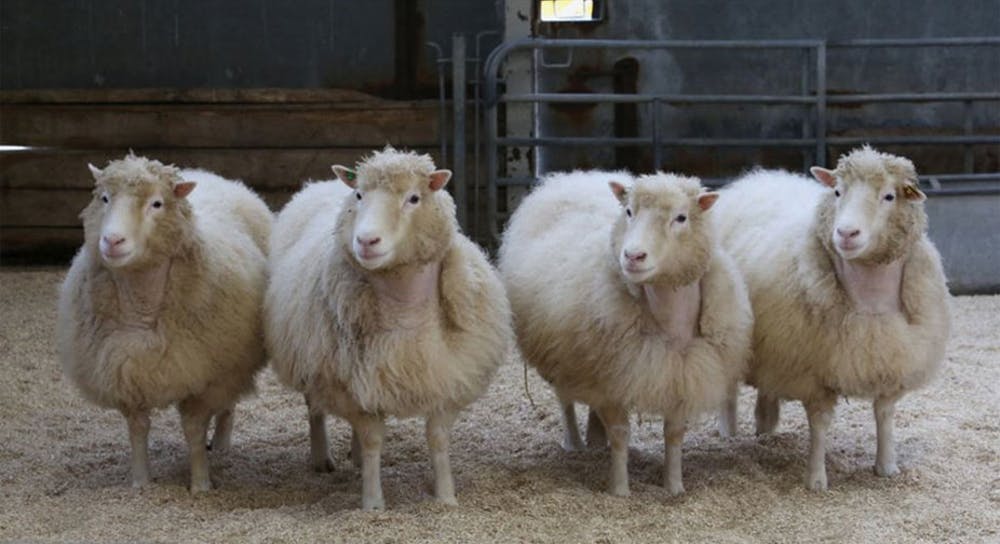 The new Dolly shows that if we take a cell from an animal of any age and introduce its nucleus into a mature unfertilized egg, we will obtain an individual that will be born with a completely renewed life expectancy

The data in confidential, so I had to keep quiet until late last year, when the study was published posthumously. Keith's coauthors humbly stated, "In the case of clones that survived the perinatal period [...], the overall conclusion, confirmed by the current data, is that they are healthy and appear to age within normality."

Such findings took on even more significance when, last December, members of the Scripps Research Institute discovered that induced pluripotent mother cells that are reprogrammed using "Yamanaka factors" retain the epigenetic aging characteristics of the donor. In other words, when these four genes are used to try to reprogram cells, it appears thatthe biological clock doesn't reset.

What the new Dolly's now show us is that if we take the cell of an animal of any age and introduce its nucleus into a mature unfertilized egg, we will obtain an individual who will be born with a completely renewed life expectancy. They confirm that the biological and chronological signs of aging of cloned sheep are the same as those of non-cloned ones.

There seems to be a natural mechanism built into eggs that is capable of rejuvenating a cell. We don't know what it is yet, but it exists. Ours and other groups are working hard on it, and by the time someone finds it, Dolly's most fascinating legacy will become a reality. ADDENDUM This text is signed by José Cibelli, Scientific Director LARCEL-BIONAND, Spain and Professor of Animal Biotechnologyoriginally published in The Conversation and translated by SoCientífica. The original English text, published on February 17, 2017, can be read at "More lessons from Dolly the sheep: Is a clone really born at age zero?".

Disclosure clause: José Cibelli does not work for any company or organization that could benefit from this text, neither provides consultancy, receives funds from it or has any participation, and also has not communicated any type of belonging that needs to be registered beyond the academic title mentioned above.